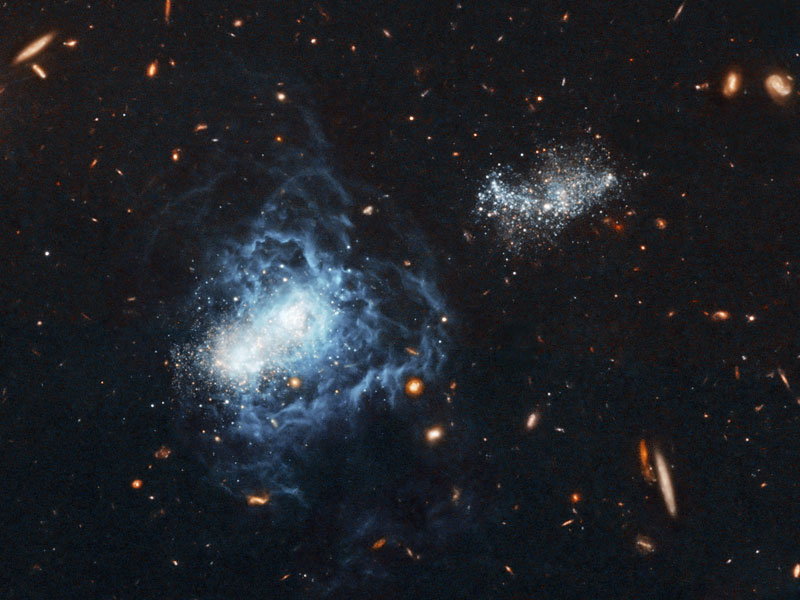 Explanation: How old is this galaxy? The galaxy on the left, I Zwicky 18, was once thought to be one of the youngest galaxies on record since its bright stars indicated an age of only 500 million years. The galaxy was also intriguing because it resembled galaxies forming in the very early universe, but mysterious since it is so nearby -- only 59 million light years away -- and surrounded by galaxies that are significantly older. Recent images of I Zwicky 18 by the Hubble Space Telescope have helped resolve this mystery, discovering a population of old faint stars intermixed with the bright star population. Therefore I Zwicky 18 is now thought to be just as old as its neighbors, roughly 10 billion years old, but with an intense episode of relative new star formation. Possibly the trigger for this recent episode of bright star formation is the changing gravitational influence of I Zwicky 18's smaller companion galaxy, visible at the upper right.