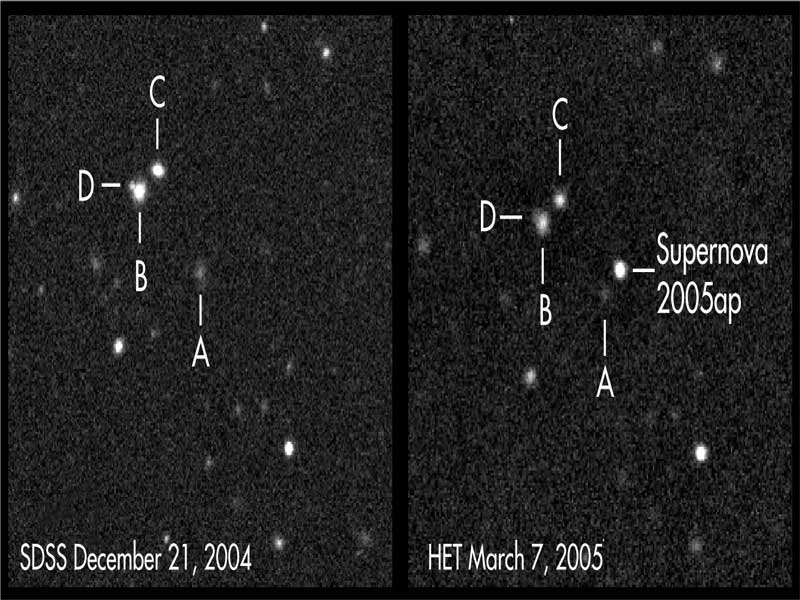 Explanation: What could cause a bang this big? This supernova explosion was so inherently bright that it could be seen nearly 5 billion light years away (a redshift of 0.28) even with a small telescope. Specific colors emitted during SN 2005ap indicate that it was a Type II supernova, a breed of stellar explosion that results when a high mass star begins fusing heavy elements in or near its core. Type II supernovas may be more powerful than their Type Ia cousins, but they are not currently more useful cosmologically because astronomers don't understand how to accurately recover their intrinsic brightnesses. It is therefore dimmer Type Ia supernovas that are used by astronomers to calibrate the distance scale of the nearby universe. Were Type II supernova better understood, astronomers might be able to probe distances further into the universe, and so probe the stability of the strange dark energy that dominates the present universe. Pictured above in a digitally compressed image, the bright supernova SN 2005ap is visible on the right where no exploding star had been seen on the left less than three months before.