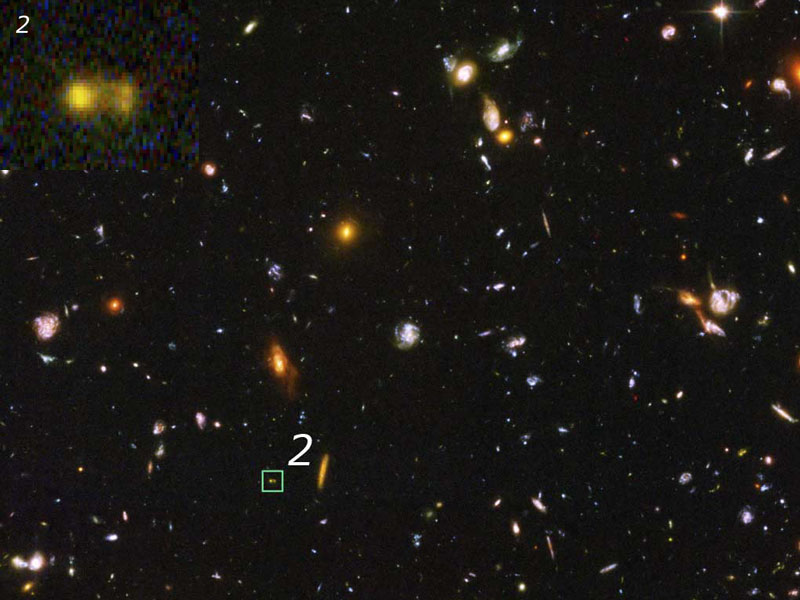 Explanation: What was the very early universe like? To help find out, astronomers pointed the Hubble Space Telescope between bright nearby objects to create one of the deepest images ever -- the Hubble Ultra Deep Field (HUDF). The resulting HUDF is like a jewel box of strange and distant galaxies. A recent analysis of the HUDF focused on the smallest, faintest and most compact galaxies imaged. These small galaxies are thought to be the building blocks of modern galaxies. Analysis shows that these small galaxies are indeed themselves frequently merging to form large galaxies. An image of this field with the Spitzer Space Telescope shows a lack of infrared emission that would be expected from old stars, indicating that these small galaxies are very young, possibly only a few million years old. Therefore the young blue stars might be members of the first-ever generation of stars. Part of the HUDF is shown above, while one blue building-block galaxy, highly redshifted by the universe so as to appear more yellow, is shown in the upper left inset.