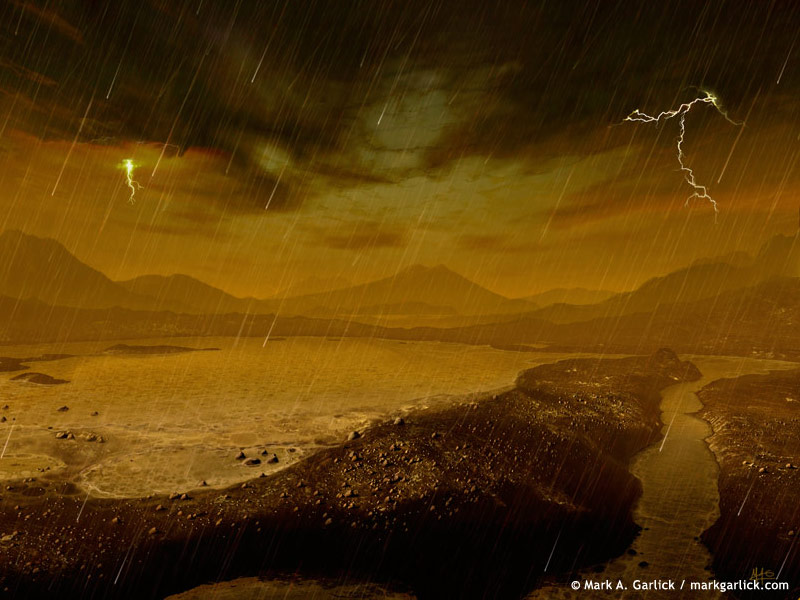 Explanation: Might it rain cold methane on Saturn's Titan? Recent analyses of measurements taken by the Huygen's probe that landed on Titan in 2005 January indicate that the atmosphere is actually saturated with methane at a height of about 8 kilometers. Combined with observations of a damp surface and lakes near the poles, some astrobiologists conclude that at least a methane drizzle is common on parts of Titan. Other astrobiologists reported computer models of the clouded moon that indicate that violent methane storms might even occur, complete with flash floods carving channels in the landscape. The later scenario is depicted in the above drawing of Titan. Lightning, as also depicted above, might well exist on Titan but has not been proven. The findings increase speculation that a wet Titanian surface might be hospitable to unusual forms of life.