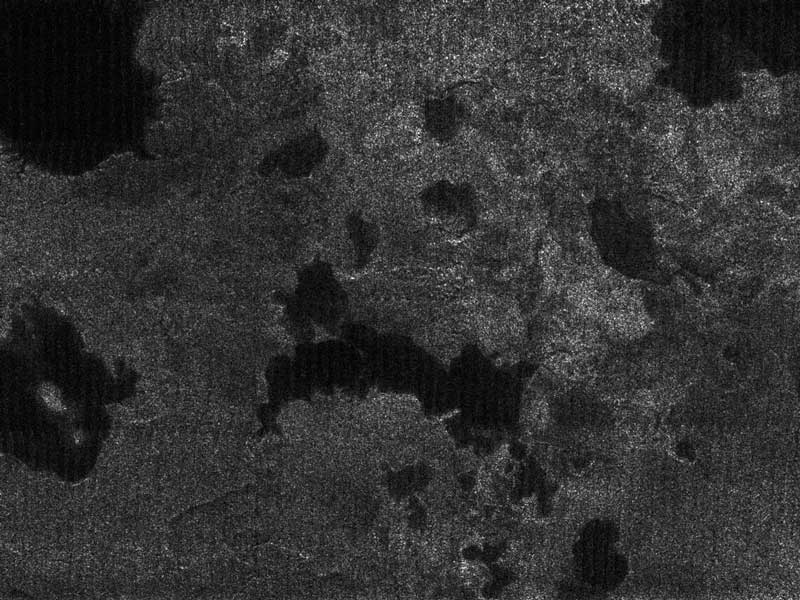 Explanation: Have methane lakes been discovered on Saturn's Titan? That exciting possibility was uncovered from analyses of radar images returned last week by the robotic Cassini spacecraft now orbiting Saturn. The above image is a radar reflection from terrain near Titan's North Pole and spans a region about 200 kilometers across. Evidence that the dark areas might be pools of liquid hydrocarbons includes an extreme smoothness implied by the lack of a return radar signal, and apparently connected tributaries. If true, Titan would be only the second body in our Solar System, after Earth, found to possess liquids on the surface. Future observations from Cassini during Titan flybys might test the methane lake hypothesis, as comparative wind affects on the regions are studied.