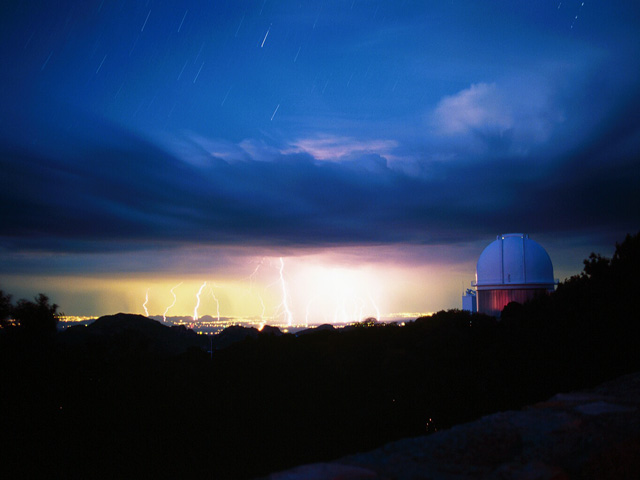 Explanation: Nobody knows what causes lightning. It is known that charges slowly separate in some clouds causing rapid electrical discharges (lightning), but how electrical charges get separated in clouds remains a topic of much research. Nevertheless, lightning bolts are common in clouds during rainstorms, and on average 6000 lightning bolts occur between clouds and the Earth every minute. Above, several lightning strokes were photographed under a starry sky behind Kitt Peak National Observatory near Tucson, Arizona. Lightning has also been found on the planets Jupiter, Saturn, and Uranus. NASA launched the TRMM mission in 1997 that continues to measure rainfall and lightning on planet Earth.