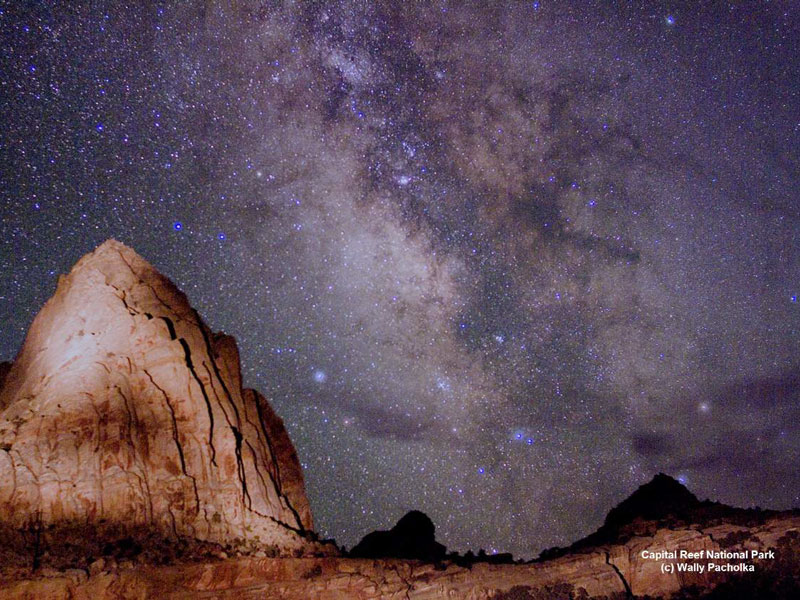 Explanation: If sometimes it appears that the entire Milky Way Galaxy is raining down on your head, do not despair. It happens twice a day. As the Sun rises in the East, wonders of the night sky become less bright than the sunlight scattered by our own Earth's atmosphere, and so fade from view. They will only rotate back into view when the Earth again eclipses our bright Sun at dusk. This battle between heaven and Earth was captured dramatically over a rock formation at Capitol Reef National Park Utah, USA in 2003 May. Dark dust, millions of stars, and bright glowing red gas highlight the plane of our Milky Way Galaxy, which lies on average thousands of light years behind Earth's mountains.