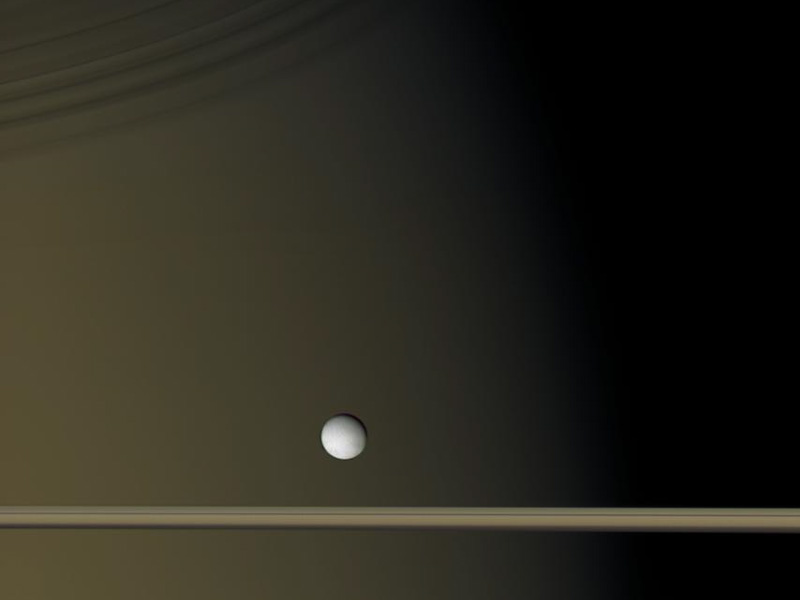 Explanation: Some images of Saturn appear surreal. Earlier this year, the robot spacecraft Cassini now orbiting Saturn took this surreal image of the gas giant Saturn, its majestic rings, and its enigmatic world Enceladus all in one frame. Enceladus, recently found to emit jets of ice from possible underground seas, appears white as its surface is covered with relatively clean water-ice. Below Enceladus are the rings of Saturn, seen nearly edge on. Compared to Enceladus, Saturn's rings show their comparatively high density of dirt with their golden-brown color in this natural color image. The planet Saturn, in the background, appears relatively featureless with the exception of thin ring shadows visible on the upper left. The terminator between night and day is seen vertically across the face of this distant world.