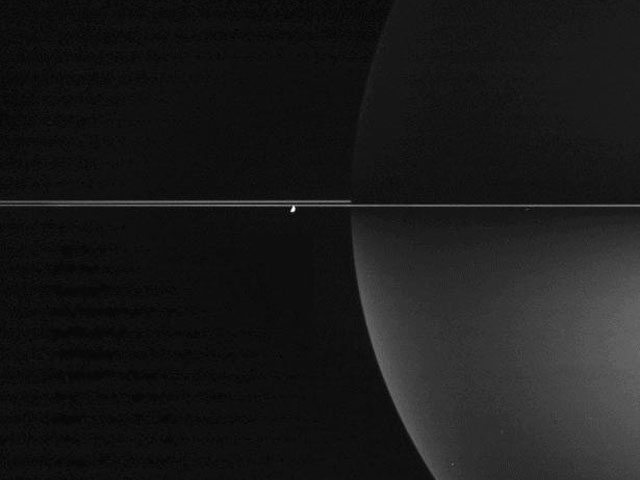 Explanation: How thin are the rings of Saturn? Brightness measurements from different angles have shown Saturn's rings to be about one kilometer thick, making them many times thinner, in relative proportion, than a razor blade. This thinness sometimes appears in dramatic fashion during an image taken nearly along the ring plane. The robot Cassini spacecraft now orbiting Saturn has now captured another shot that dramatically highlights the ring's thinness. The above artistic looking image was taken early last month in infrared polarized light. If alone in space, the unlit part of Saturn would be much darker. Reflection of light off of moons like Enceladus (pictured) and the billions of small particles in Saturn's rings, however, gives the giant space orb an unusual glow, an effect highlighted in polarized light.