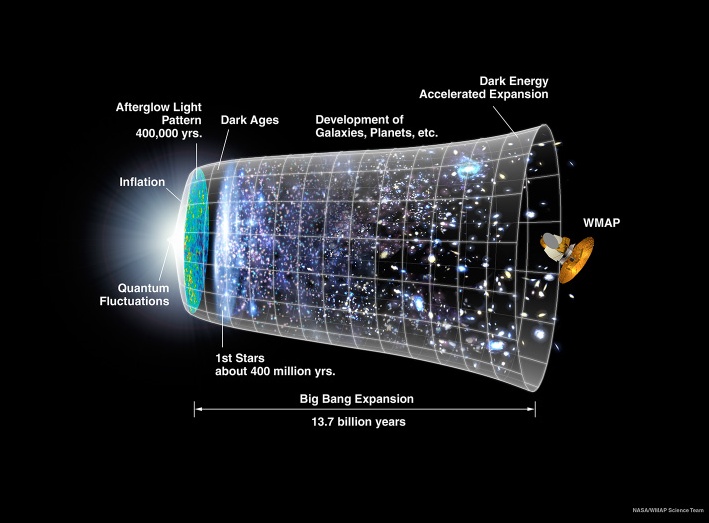 Explanation: The Universe is expanding gradually now. But its initial expansion was almost impossibly rapid as it likely grew from quantum scale fluctuations in a trillionth of a second. In fact, this cosmological scenario, known as Inflation, is now reported to be further quantified by an analysis of three years of data from the WMAP spacecraft. WMAP's instruments detect the cosmic microwave background radiation - the afterglow light from the early Universe. WMAP's amazing success in exploring the first trillionth of a second and favoring specific inflationary scenarios lies in its ability to make unprecedented, precise measurements of the properties of the microwave background. The subtle properties are distilled from conditions in the early Universe and related to its first moments of existence. Schematically, this diagram traces the 13.7 billion year (plus a trillionth of a second ...) history of the Universe from the quantum scale to the formation of stars, galaxies, planets, and WMAP.