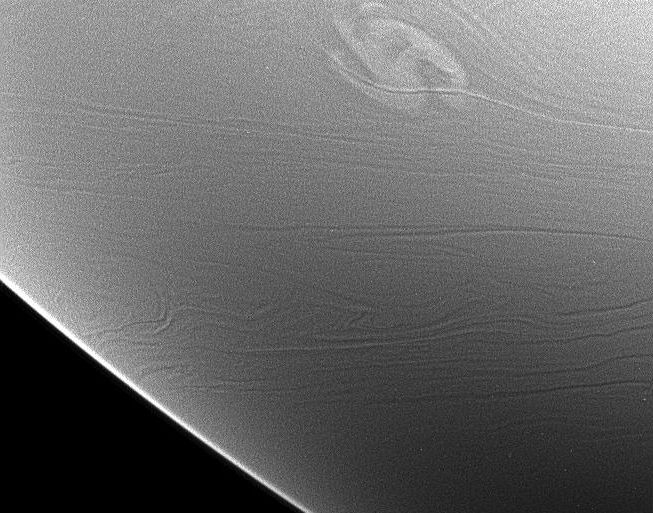 Explanation: Imaged on the night side of Saturn by the Cassini spacecraft, these swirling storm clouds are illuminated by ringshine - sunlight reflected from the gas giant's magnificent ring system. The storm (top) was actually spotted last month by amateur astronomers as it rotated across Saturn's day side and spans about 3,500 kilometers. When the storm was on the same side of Saturn as the Cassini spacecraft, bursts of radio noise were detected, suggesting lightning discharges connected with the storm were responsible for the radio emission. While no lightning is seen directly in this Cassini image, scientists note that this storm appears along the planet's southern hemisphere storm alley in approximately the same location as Saturn's Dragon Storm, reported early last year. Though the new storm is larger and seems to be more powerful, it could well be the Dragon Storm reemerging.