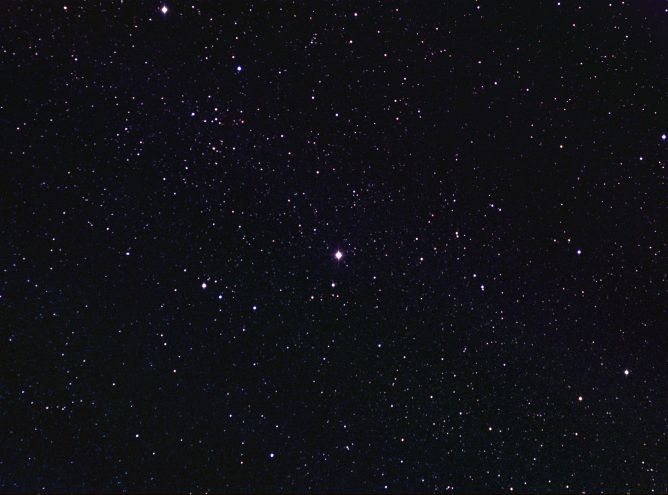 Explanation: This pretty star field in the constellation Ophiucus is centered on a star not often seen - RS Ophiuci. In fact, early last week RS Oph suddenly became visible to the naked eye for the first time since 1985. A type of cataclysmic variable star classified as a recurrent nova, RS Oph dramatically increased in brightness from 11th magnitude, too faint to appear on some star charts. Historically, RS Oph was seen to go through only four similar outbursts since 1898. Such stars are now modeled as interacting binary star systems, composed of a compact white dwarf star co-orbiting with a swollen red giant. As material falls away from the red giant it collects in a rotating accretion disk before ultimately falling on to the white dwarf. Disk instabilities, or a build up of material on the compact star result in the occasional but rapid release of energy through nuclear burning. At an estimated distance of 3,000 light-years, RS Ophiuci is now reported to be fading rapidly. This telescopic view spans about 2 degrees (4 full moons) and was captured on the morning of February 16 from the RAS Observatory under New Mexico skies.