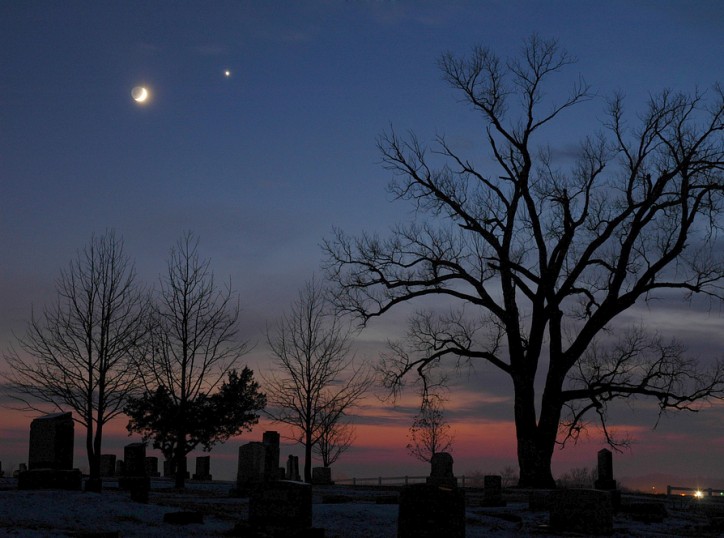 Explanation: If you've been outdoors near sunset, then you've probably noticed Venus low in the west as the brilliant evening star. Sometimes mistaken for a tower light near the horizon, Venus is the third brightest celestial beacon, after the Sun and Moon, in planet Earth's sky. That distinction is particularly easy to appreciate in this peaceful scene featuring the crescent Moon, Venus, and sunset colors captured on December 4th near Albany, Missouri, USA. As this season's evening star, Venus will be at its most brilliant tonight, but as December progresses the bright planet will begin to fall out of the western sky. By early next week, December's Moon will have moved on to meet another bright planet overhead -- Mars.