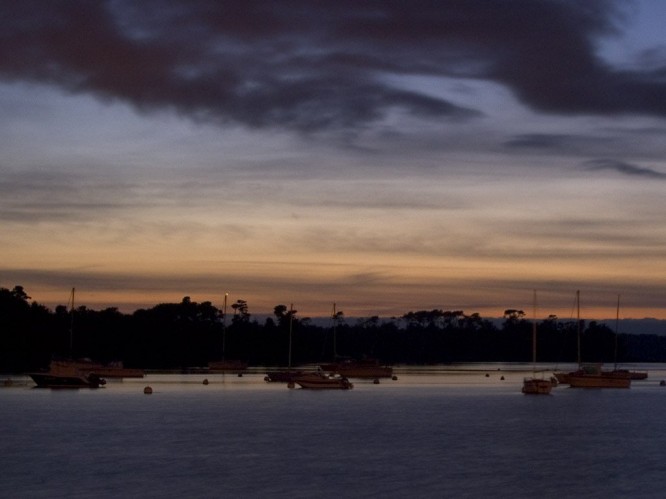 Explanation: This serene image of boats moored in the harbor of l'Île-Tudy, Bretagne, France was taken on June 1st, about an hour after sunset. It also features Venus, third brightest celestial object after the Sun and Moon. For casual skygazers, this month marks Venus' return to the evening sky as the brilliant 'star', shining low in the west-northwest shortly after sunset. In the picture, astrophotographer and APOD translator Laurent Laveder notes that Venus is easily mistaken for a light atop a sailboat's tall mast, giving the otherwise stunning celestial beacon an unremarkable appearance. Of course, a year ago Venus' appearance was quite remarkable. On June 8, 2004, Venus crossed the Sun's disk, the first transit of Venus since 1882. Late this week Venus shares the evening sky with the young crescent Moon, and will next transit the Sun on June 6, 2012.