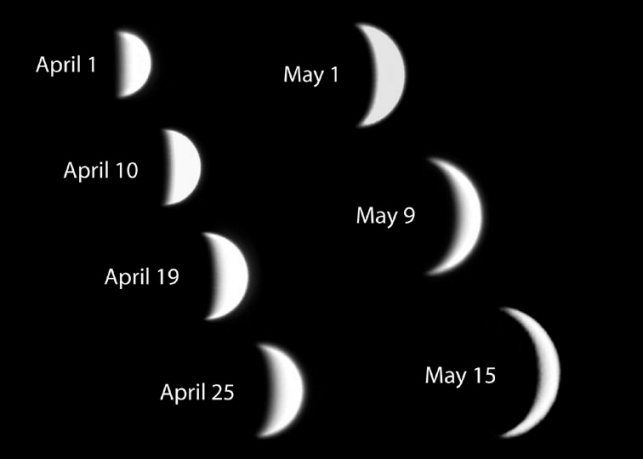 Explanation: Venus is currently falling out of the western evening sky. Second planet from the Sun and third brightest celestial object after the Sun and Moon, Venus has been appreciated by casual sky gazers as a brilliant beacon above the horizon after sunset. But telescopic images have also revealed its dramatic phases. In fact, this thoughtful composite of telescopic views nicely illustrates the progression of phases and increase in apparent size undergone by Venus over the past few weeks. Gliding along its interior orbit, Venus has been catching up with planet Earth, growing larger as it draws near. At the same time, just as the Moon goes through phases, Venus' visible sunlit hemisphere has presented an increasingly slender, crescent shape. Now sharing the sky with a crescent Moon, on June 8th Venus will actually cross the face of the Sun, the first such transit since 1882.