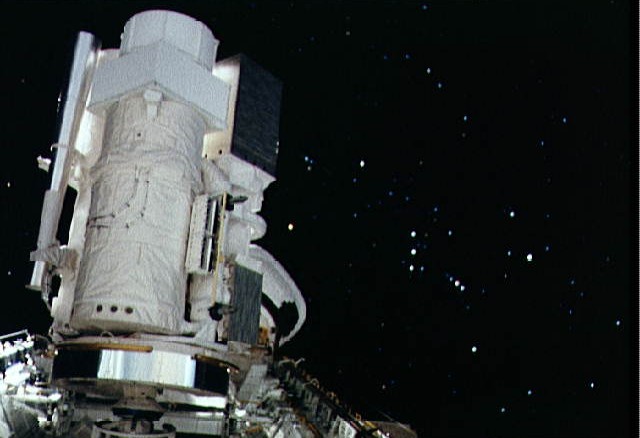 Explanation: Fifteen years ago, in December of 1990, the Space Shuttle Orbiter Columbia carried an array of astronomical telescopes high above the Earth's obscuring atmosphere to explore the Universe at ultraviolet and x-ray wavelengths. The telescopes, known by the acronyms UIT, HUT, WUPPE, and BBXRT, are seen here in Columbia's payload bay against a spectacular view of the constellation Orion. The ultraviolet telescopes were mounted on a common structure - HUT is visible in this view along with a star tracker (the silver cone at the left). Taken during the nighttime portion of the shuttle's 90 minute orbit, the picture shows the telescopes and structures illuminated by moonlight.