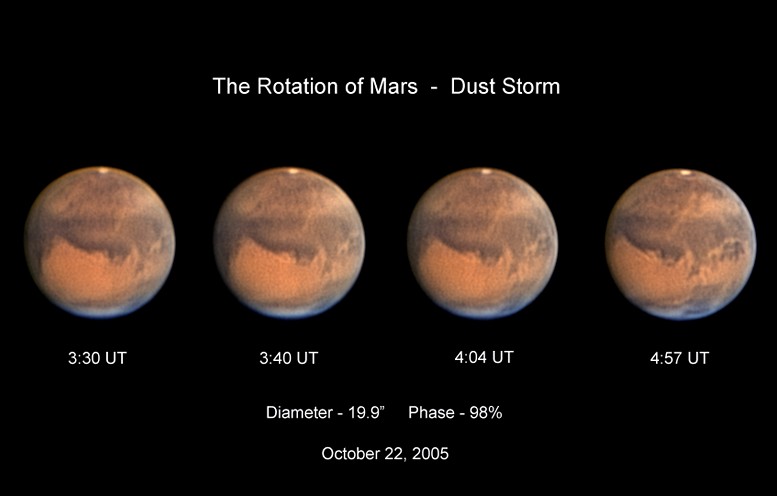 Explanation: This October, Mars has become a bright, yellowish star in planet Earth's sky as it approaches oppositon, the period when Mars and Earth pass close as they orbit the Sun. How close is Mars? A mere 70 million kilometers or so, close enough to allow Earth-bound astronomers excellent views of the alluring Red Planet. For example, this series of sharp Mars images follows the development of a dust storm as the planet rotates from right to left. The telescopic views clearly show details of the martian surface, including the planet's southern ice cap (top) and hood of clouds over the north pole at the bottom edge. The dust storm itself is visible as a light yellowish band across an otherwise dark region in the southern hemisphere. Even if a telescope isn't handy, be sure to check out Mars soon. It will continue to shine brightly in the night over the coming days.