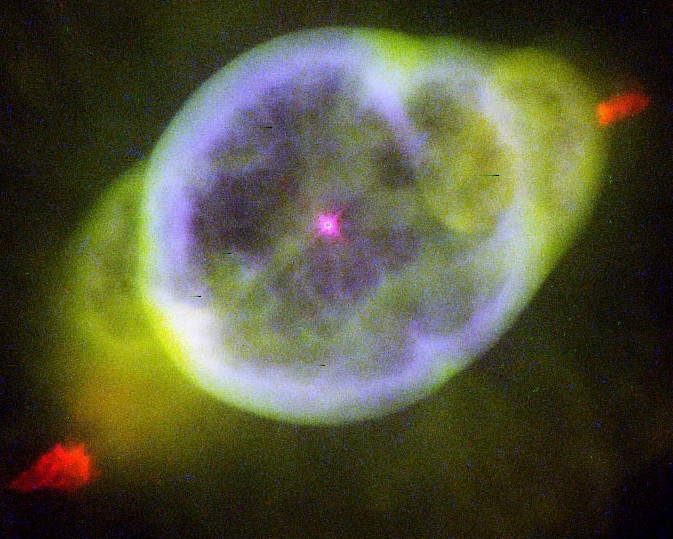 Explanation: After a star like the Sun completes fusion in its core, it throws off its outer layers in a brief, beautiful cosmic display called a planetary nebula. NGC 3242 is such a planetary nebula, with the stellar remnant white dwarf star visible at the center. This nebula is sometimes called The Ghost of Jupiter for its faint, but similar appearance to our solar system's ruling gas giant planet. NGC 3242 is light-years across however, and much farther away than the measly 40 light-minutes distance to Jupiter. In fact, while watching this ghostly nebula expand over time, astronomers have estimated the distance to NGC 3242 to be about 1,400 light-years. The red FLIERs visible near the edges of the nebula are still a bit mysterious, though.