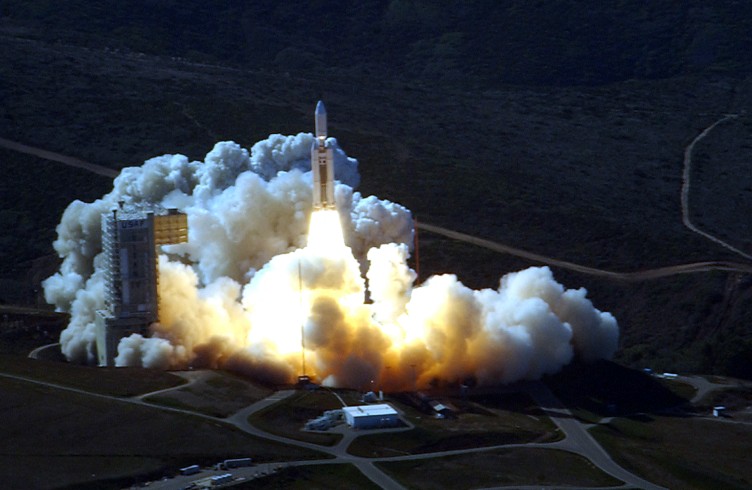 Explanation: On October 19th, a rocket blasted off from Vandenberg Air Force Base - the last Titan rocket. Carrying a payload for the US National Reconnaissance Office, the successful Titan IV B launch brings to a close the Titan program whose first launch was in 1959. Originally designed as an intercontinental ballistic missile, the Titan rocket ultimately evolved into a heavy lift workhorse, launching defense, commercial, and scientific payloads to Earth orbit and beyond. In fact, many historic space explorations began with Titan launches, including manned Gemini missions, the Viking missions to Mars, the Voyager tours of the outer solar system, and the Cassini spacecraft now orbiting Saturn. Cassini's probe Huygens accomplished the most distant landing on another world, while Voyager 1 is now humanity's most distant spacecraft.