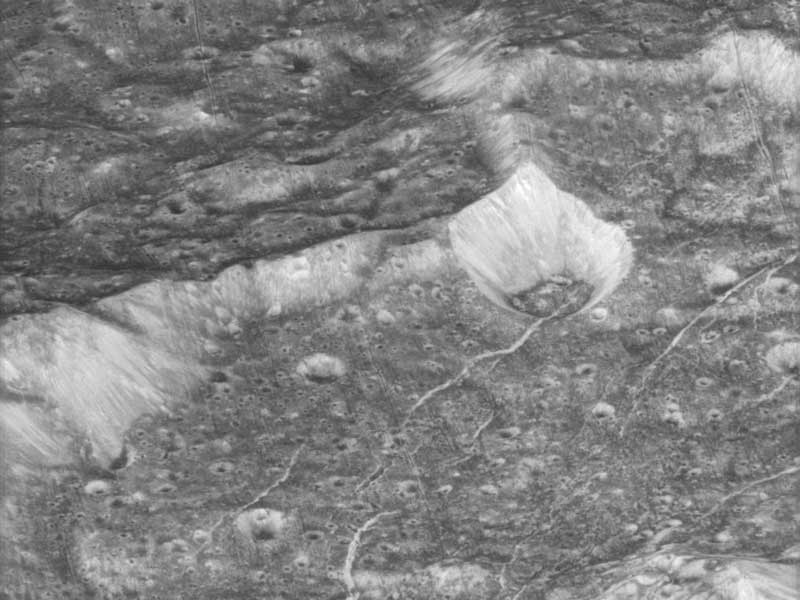 Explanation: What does the surface of Saturn's moon Dione look like? To find out, the robot Cassini spacecraft currently orbiting Saturn flew right past the fourth largest moon of the giant planet earlier this month. Pictured above is an image taken about 4,500 kilometers above Dione's icy surface, spanning about 23 kilometers. Fractures, grooves, and craters in Dione's ice and rock are visible. In many cases, surface features are caused by unknown processes and can only be described. Many of the craters have bright walls but dark floors, indicating that fresher ice is brighter. Nearly parallel grooves run from the upper right to the lower left. Fractures sometimes across the bottom of craters, indicating a relatively recent formation. The lip of a 60-kilometer wide crater runs from the middle left to the upper center of the image, while the crater's center is visible on the lower right. Images like this will continue to be studied to better understand Dione as well as Saturn's complex system of rings and moons.