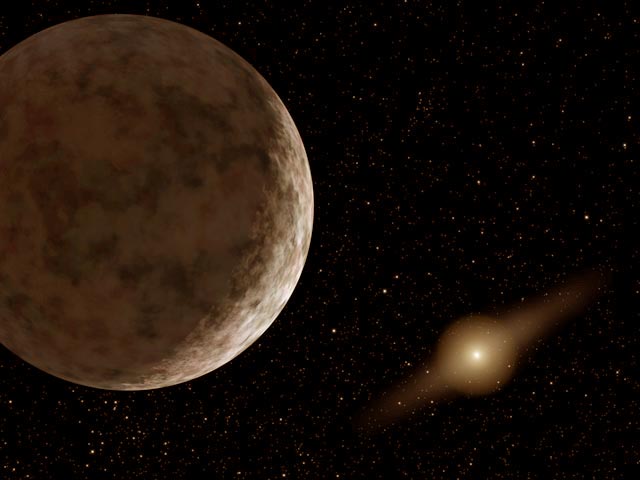 Explanation: Has a tenth planet been discovered? A newly discovered object, designated 2003 UB313 and located more than twice the distance of Pluto, is expected to be at least as large as Pluto and probably larger, given current measurements. 2003 UB313's dimness and highly tilted orbit (44 degrees) prevented it from being discovered sooner. Many astronomers speculate that numerous other icy objects larger than Pluto likely exist in the Kuiper Belt of the far distant Solar System. If so, and if some are found closer in than 2003 UB313, it may be premature to call 2003 UB313 the tenth planet. Illustrated above is an artist's drawing showing how 2003 UB313 might look. The unusually bright star on the right is the Sun. Much of the world eagerly await the decision by the International Astronomical Union on whether 2003 UB313 will be designated a planet or given a name without subscripts.