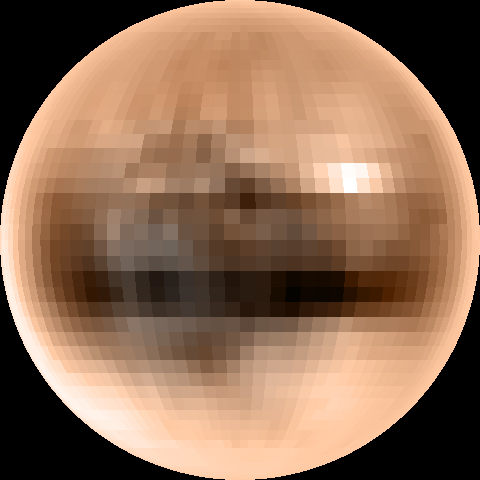 Explanation: Pluto is mostly brown. The above picture captures the true colors of Pluto as well as the highest surface resolution so far recovered. No spacecraft has yet visited this most distant planet in our Solar System. The above map was created by tracking brightness changes from Earth of Pluto during times when it was being partially eclipsed by its moon Charon. The map therefore shows the hemisphere of Pluto that faces Charon. Pluto's brown color is thought dominated by frozen methane deposits metamorphosed by faint but energetic sunlight. The dark band below Pluto's equator is seen to have rather complex coloring, however, indicating that some unknown mechanisms may have affected Pluto's surface.