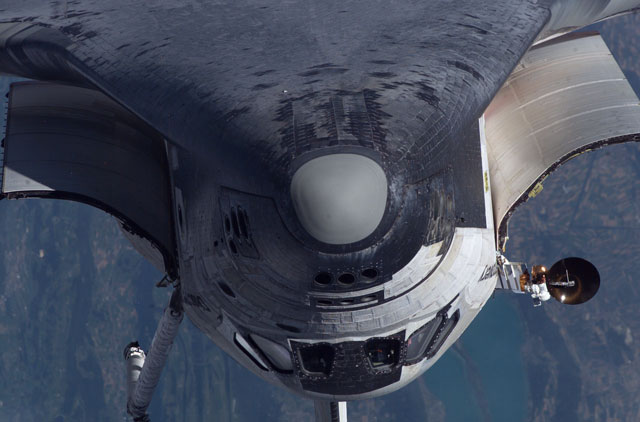 Explanation: Last week, crew members of the International Space Station (ISS) watched carefully as the Space Shuttle Discovery did a planned but unusual back flip upon approach. Discovery Commander Eileen Collins guided the shuttle through the flip, which was about 200 meters from the ISS when the above picture was taken. The ISS crew took detailed images of the dark heat shield tiles underneath during a 90-second photo shoot. The images are being analyzed to assess the condition of the dark heat shield. Later the shuttle docked with the space station. On the more usually photographed top side of the Space Shuttle, the above image shows Discovery's cargo bay doors open toward a distant Earth below.