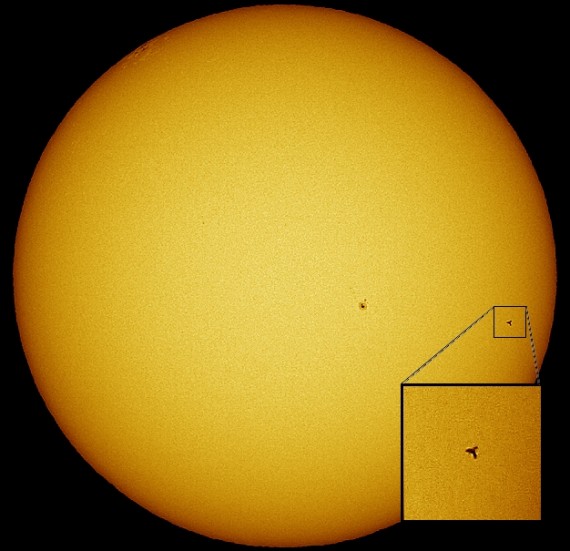 Explanation: That large sunspot near the right edge of the Sun is actually not a sunspot at all. It's the International Space Station (ISS) and the Space Shuttle Discovery on mission STS-114. In the past, many skygazers have spotted the space station and space shuttles as bright stars gliding through twilight skies, still glinting in the sunlight while orbiting 200 kilometers or so above the Earth's surface. But here, astronomer Anthony Ayiomamitis took advantage of a rarer opportunity to record the spacefaring combination moving quickly in silhouette across the solar disk. He snapped the picture on Thursday, July 28th from Athens, Greece. Launched on Tuesday, Discovery joined with the ISS Thursday, making the already large space station seem to loom even larger.