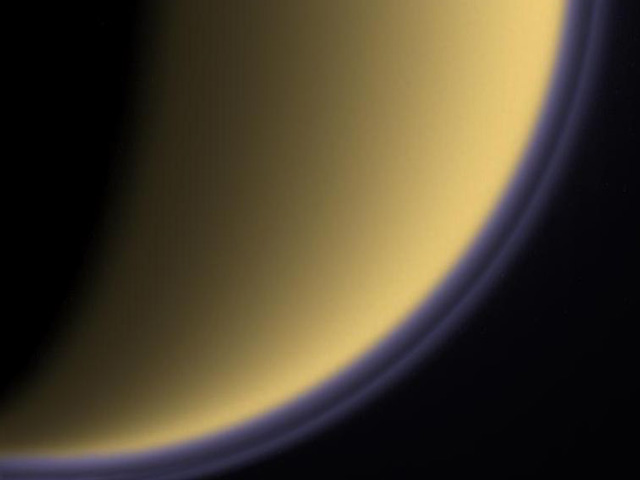 Explanation: Most moons have no haze layer at all - why does Titan have two? Images from the Cassini spacecraft that slipped into orbit around Saturn last month confirm that the Solar System's most mysterious moon is surrounded not only by a thick atmosphere but also by two distinct spheres of haze. These layers are visible as purple in the above false-color ultraviolet image. Titan's opaque atmosphere is similar to Earth's atmosphere in that it is composed mostly of nitrogen. As energetic sunlight strikes high level atmospheric nitrogen and methane, trace amounts of organic compounds such as ethane and carbon dioxide appear to form. These and other complex organic molecules likely populate the detached haze layer. In December 2004, Cassini will launch the Huygens probe to land on Titan.