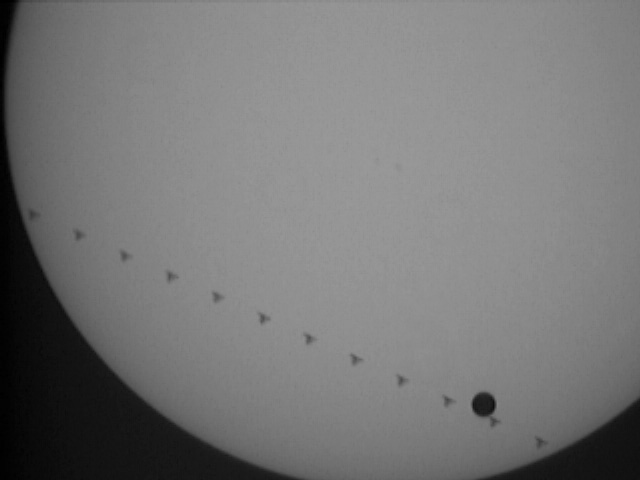 Explanation: On June 8, Venus was not the only celestial object to pass in front of the Sun. A few well-situated photographers caught the International Space Station also crossing the Sun simultaneously. Pictured above is a unique time-lapse image of the unprecedented double transit, a rare event that was visible for less than a second from a narrow band on Earth. The above image is a combination of 12 frames taken 0.033 seconds apart and each themselves lasting only 1/10,000 th of a second. The image was taken from the small village of Stupava in Slovakia. The next time Venus will appear to cross the Sun from Earth will be in 2012.