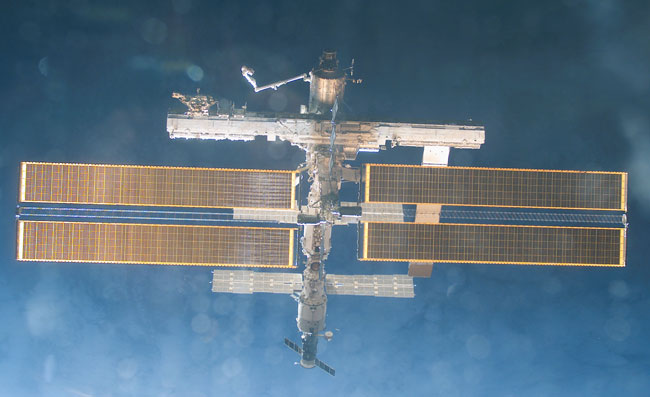 Explanation: The developing International Space Station (ISS) has changed its appearance yet again. Earlier this month the Space Shuttle Endeavor visited the ISS and installed the fourth of eleven pieces that will compose the Integrated Truss Structure. The new P-1 Truss is visible on the left, below the extended solar panels. The world's foremost space outpost can be seen developing over the past few years by comparing the above image to past images. Also visible above are many different types of modules, a robotic arm, several wing-like solar panels, and a supply ship. Construction began on the ISS in 1998 and the core structure should be in place before 2005.