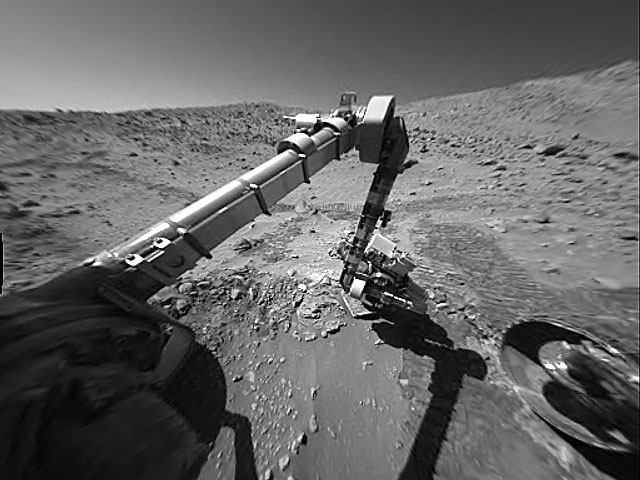 Explanation: The Spirit rover attacked Mars again late last month. What might look, above, like a military attack, though, was once again just a scientific one - Spirit was instructed to closely inspect some interesting rocks near Columbia Hills. Spirits Front Hazard Avoidance Camera captured the rover's Instrument Deployment Device above as it guided the Microscopic Imager to get a closer look at a rock dubbed Breadbox. Images taken by the Microscopic Imager show a rock surface consistent with basalt corroded by ancient groundwater. Structures with similar origins can be found, for example, in the Western Desert of Egypt on Earth. The above picture taken on June 30, the 175th Martian day that the Spirit rover has been on the red planet.