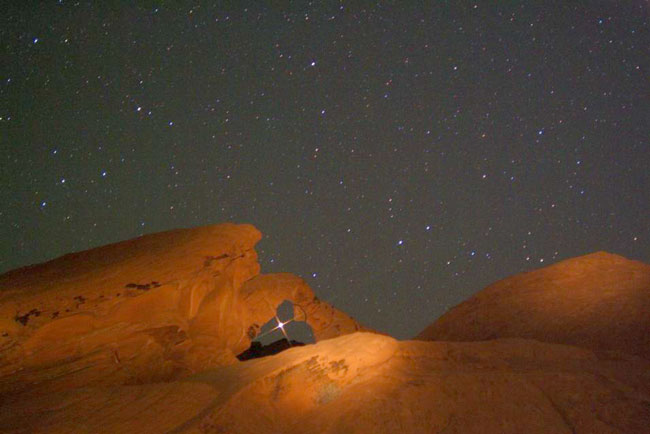 Explanation: Mars is heading for its closest encounter with Earth in over 50,000 years. Although Mars and Earth continue in their normal orbits around the Sun, about every two years Earth and Mars are on the same part of their orbit as seen from the Sun. When this happens again in late August, Mars will be almost as near to the Sun as it ever gets, while simultaneously Earth will be almost as far from the Sun as it ever gets. This means that now is a great time to launch your space probe to Mars. Alternatively, these next few months are a great time to see a bright red Mars from your backyard. Mars is so close that global features should be visible even through a small telescope. Look for Mars to rise about 11 pm and to remain the brightest red object in the sky until sunrise. Mars will rise increasingly earlier until its closest approach in late August. Mars was captured above rising through the Arch Rock in Valley of Fire State Park, Nevada, USA.