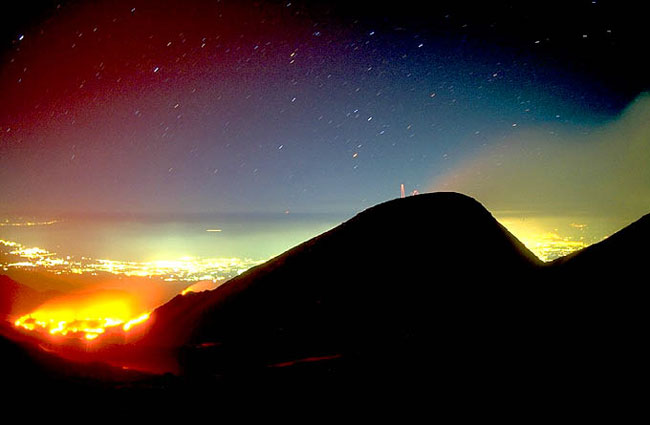 Explanation: Mt. Etna has been erupting for hundreds of thousands of years. Located in Sicily, Italy, the volcano produces lava fountains over one kilometer high. Mt. Etna is not only one of the most active volcanoes on Earth, it is one of the largest, measuring over 50 kilometers at its base and rising nearly 3 kilometers high. Pictured in 2001 May, the tops of two lava plumes are visible near the center of the frame, while hot lava flowing down the volcano is visible on the left. This panoramic shot also includes the city lights of Calabria and Taormina on the left, and Catania on the right. The Earth's rotation is discernable on this long duration image as star trails. Orange Mars can be seen rising just below the star Antares far in the distance.