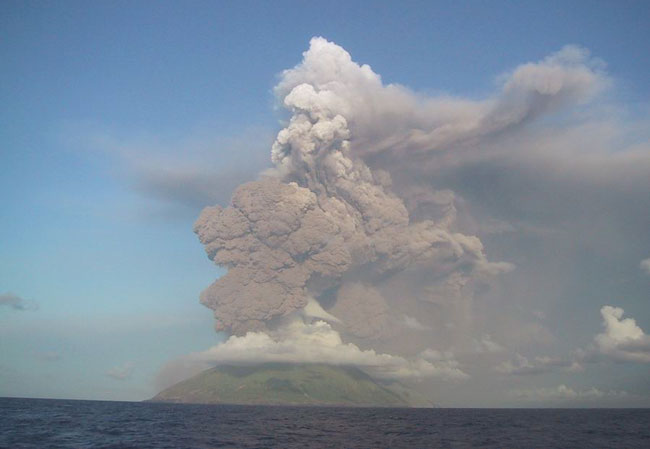 Explanation: Nobody suspected that this volcano would erupt. Mt. Anatahan has not erupted in recorded history. Nevertheless, on May 10, the small volcano in the Northern Mariana Islands of the western Pacific Ocean shot ash 10,000 meters into the air. Explosions from Mt. Anatahan continued every few minutes for two days. The airborne ash was so bad that some flights were cancelled from downwind Guam. Although meter-sized rocks were catapulted through the air, nobody was hurt, as a seismology team that coincidentally installed detectors on the island a few days before had already left. Fortunately, the team was not too far away to get the above picture.