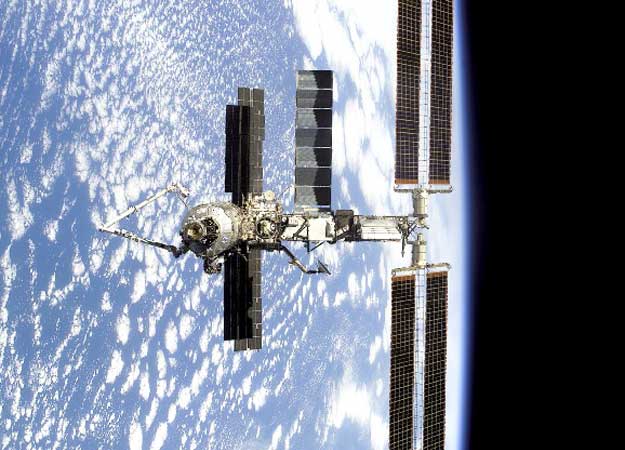 Explanation: The International Space Station (ISS) continues to grow. Last month, the crew of the Space Shuttle Endeavor delivered new Logistics Modules and installed the new Canadarm2 on the growing outpost. The ISS -- complete with its new arm -- was photographed 400 kilometers above planet Earth by the Space Shuttle Endeavor crew soon after they undocked. The shuttle then flew around the station for a survey. Three members of the Expedition Two Crew remain aboard the ISS running scientific experiments and unpacking over two tons of material delivered by the shuttle. The next shuttle scheduled to visit the ISS will be Atlantis in June.