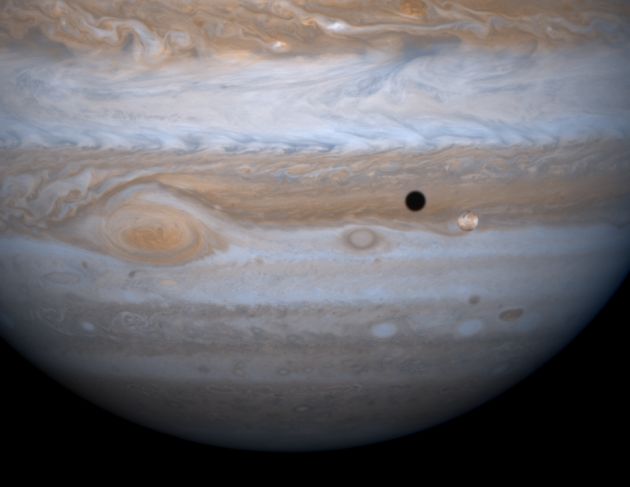 Explanation: Pictured above is the innermost of Jupiter's Galilean satellites, Io, superposed in front of the gas giant planet. To the left of Io is a dark spot that is Io's own shadow. A solar eclipse would be seen from within the shadow spot on Jupiter. Viewed from planet Earth, similar shadows of Jupiter's large moons can often be seen crossing the giant planet's disk. But during the next several months, the Galilean moons can also be seen crossing in front of each other as, for a while, their orbits lie nearly edge-on when viewed by earthbound observers. This true-color contrast-enhanced image was taken two years ago by the robot spacecraft Cassini, as it passed Jupiter on its way to Saturn in 2004.