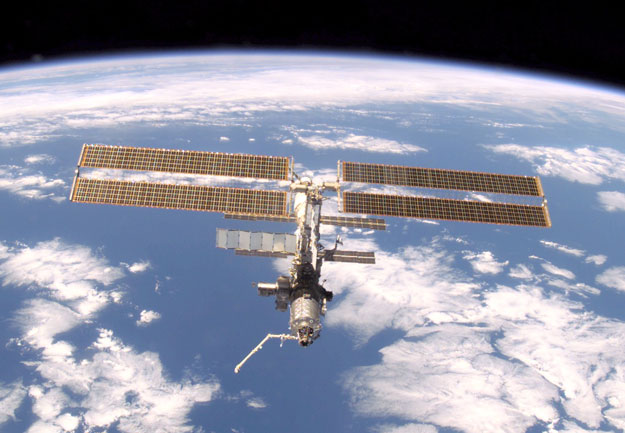 Explanation: High above a cloudy Earth, the International Space Station (ISS) orbits silently. The Space Shuttle Endeavor Crew took the above picture as they departed the space station in mid-December. Endeavor brought up three new astronauts to occupy the ISS and carried home the members of Expedition Three, a trio that has been housed in the ISS since August. Highlights of this Endeavor mission included fixing a solar panel and maneuvering the station to avoid a large piece of passing space junk. Visible in the above picture are the space station's robot manipulator arm as well as several modules and solar arrays.