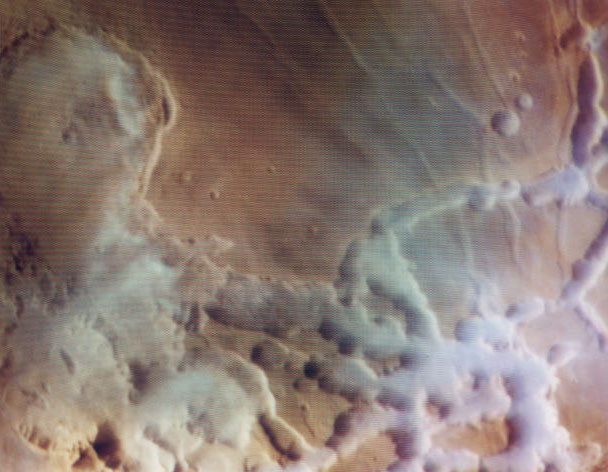 Explanation: One place where water can be found on Mars is in clouds. In the above picture colorful water clouds are visible just after sunrise in and around a maze of canyons known as Noctis Labyrinthus (the labyrinth of the night). Scientists don't yet know, however, why these clouds formed, and why some stick to the canyons. One exciting possibility is that water sometimes condenses in shaded regions of the canyons, only to evaporate into clouds when exposed to the morning Sun. Water in any form on the Martian surface might be important to sustaining life and possible future human exploration. Viking Orbiter 1, which visited Mars in 1976, took the above picture. The region shown is about 100 kilometers across.