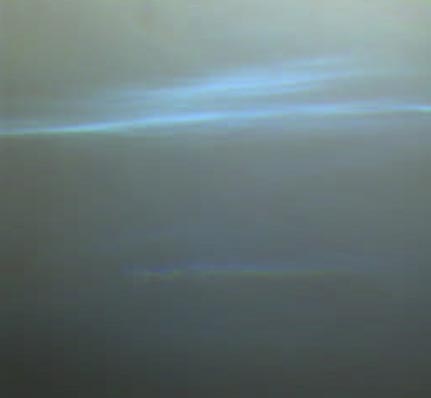 Explanation: Mars has clouds too. The above true color image taken in August by Mars Pathfinder shows clouds of ice high in the Martian atmosphere. Unlike Earth's atmosphere which is composed predominantly of nitrogen and oxygen, Mars' atmosphere is composed mostly of carbon dioxide. Nevertheless, a trace amount of water does freeze into visible clouds at night, which become particularly apparent during the day by reflection of sunlight. Contact was lost with Mars Pathfinder last Sunday but re-established later in the week.