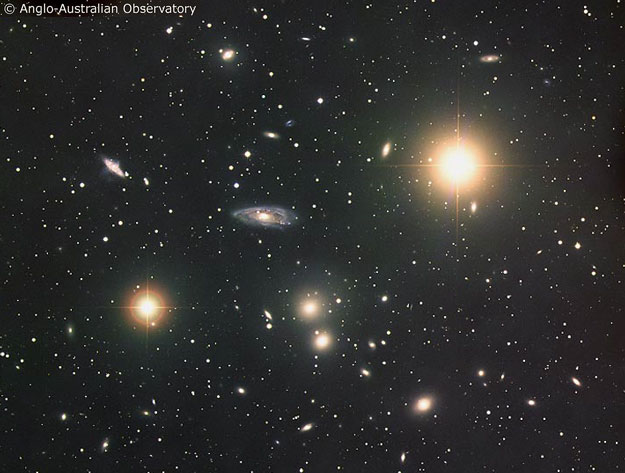 Explanation: The Hydra Cluster of Galaxies contains well over 100 bright galaxies - but perhaps fewer galaxies than might be expected from its mass. Clusters of galaxies are the largest gravitationally bound objects in the universe. Most of a cluster's mass, however, appears to be in a form too dark to see, as analyses of the distribution of X-ray light, gravitational lensing, and internal motions indicate. Abell 1060, as the above cluster is also known, appears to have an even higher fraction of dark matter than seen in a similar cluster, a situation astronomers cannot easily reconcile with both clusters forming solely from gravitational attraction. The Hydra Cluster of Galaxies, named for its home constellation, spans about ten million light years.