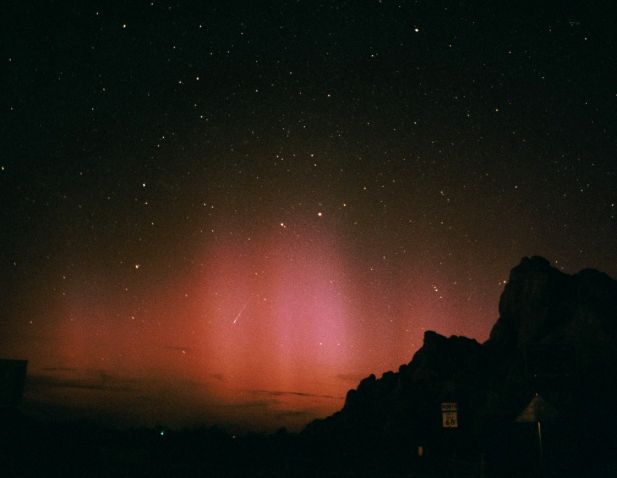 Explanation: The aurora borealis, or northern lights, are not a common sight in the southwestern United States. But a strong solar coronal mass ejection in early August triggered geomagnetic storms and aurora which were widely reported, even under west Texas skies. This striking view of the aurora was recorded from a site near El Paso, Texas and the Hueco Tanks State Historical Park at a latitude just shy of 32 degrees north. Polaris is the brightest star visible near the top and right of center while a Perseid meteor pierces the auroral glow left of picture center, below the bowl of the little dipper. Want to see an aurora? Dark skies and high latitudes (closer to the north or south poles) help. And you might keep an eye on the space weather report. The last big coronal mass ejection headed toward planet Earth was detected by space-based instruments on September 12. It may trigger geomagnetic storms and auroral activity beginning September 14th.