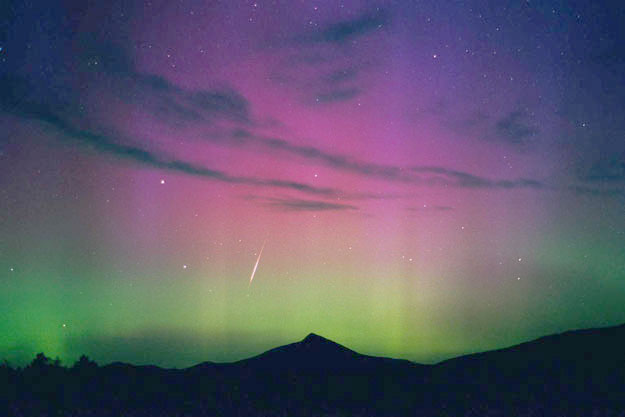 Explanation: Just after the Moon set but before the Sun rose in the early morning hours of August 12, meteors pelted the Earth from the direction of the constellation Perseus, while ions pelted the Earth from the Sun. The meteors were expected as sub-sand grains long left behind by Comet Swift-Tuttle annually create the Perseids Meteor Shower. The aurorae were unexpected, however, as electrons, protons, and heavier ions raced out from a large Coronal Mass Ejection that had occurred just days before on the Sun. In the foreground is Hahn's Peak, an extinct volcano in Colorado, USA.