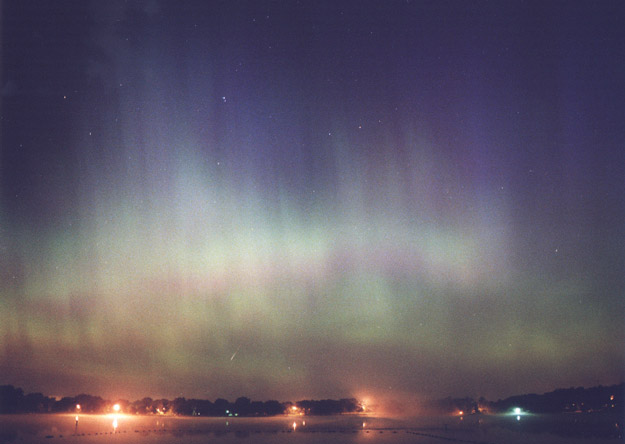 Explanation: Last month, skywatchers were treated to an unexpected coincidence: bright aurorae occurred during the Perseid Meteor Shower. The above picture was taken August 12 and captures eerie looking aurorae and a faint Perseid meteor above Cross Lake in Wisconsin, USA. The near future holds promise for both more aurorae and a better meteor shower. Aurorae are becoming increasingly common as their trigger -- our Sun -- nears its period of highest activity during its eleven-year magnetic cycle. Coming up in mid-November is the quirky Leonids Meteor Shower. Although one of the better studied meteor showers, the Leonids have surprised astronomers many times and so many an optimistic skywatcher promises to be outside this year hoping for a memorable show.