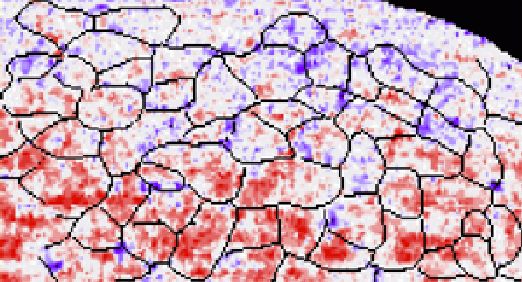 Explanation: Winds of fast particles blow out from the Sun, but why? Astronomers came a step closer to answering this question recently by making detailed observations of the high-speed wind source with the space-borne Solar and Heliospheric Observatory (SOHO). Images like those shown above isolate regions of inflowing gas, shown in red, and outflowing gas, shown in blue. Particles such as electrons and protons flow out at speeds near 3 million kilometers per hour. This wind will typically enter one of the Sun's coronal holes before flowing out into the Solar System. Analysis indicates that the high-speed wind escapes at the edges of large convection cells, drawn in black. SOHO has recently been revived to run without the use of any orienting gyroscopes.