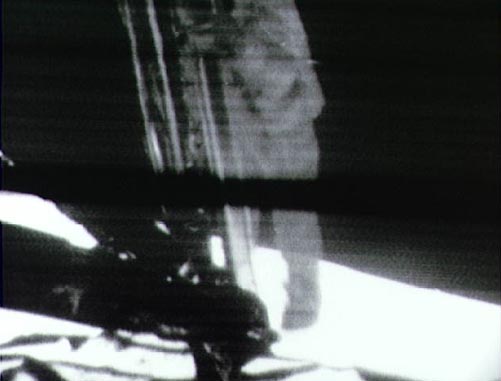 Explanation: A human first set foot on another world on July 20, 1969. This world was Earth's own Moon. Pictured above is Neil Armstrong preparing to take the historic first step. On the way down the Lunar Module ladder, Armstrong released equipment which included the television camera that recorded this fuzzy image. Pictures and voice transmissions were broadcast live to an estimated world wide audience of one billion people. The Apollo Moon landings have since been described as the greatest technological achievement the world has known.