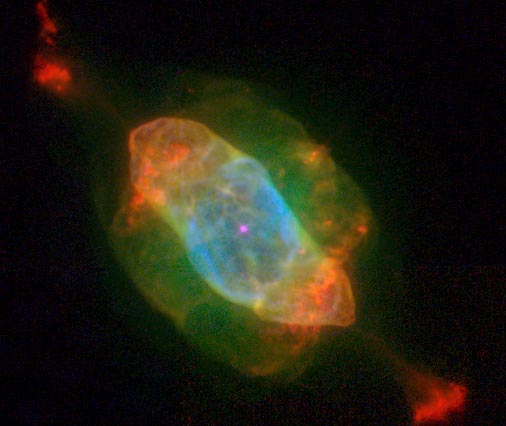 Explanation: The layers of the Saturn Nebula give a complex picture of how this planetary nebula was created. The above picture, taken in April 1996 and released last week, allows a better understanding of the mysterious process that transformed a low-mass star into a white dwarf star. A computer model indicates that the central star of NGC 7009 first expelled the green gas that now appears barrel shaped. This green gas now confines stellar winds flowing from the central star, creating a jet which forms the ansae that appear in red at the tips. Much remains unknown, including why the gas has not become turbulent.