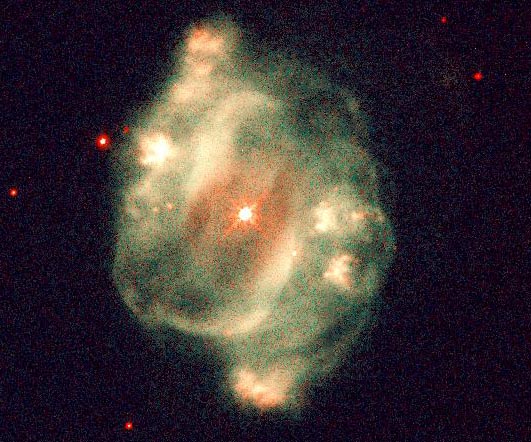 Explanation: Some stellar nebulae are strangely symmetric. For example, every major blob of gas visible on the upper left of NGC 5307 appears to have a counterpart on the lower right. This picture taken by the Hubble Space Telescope was released last week. NGC 5307 is an example of a planetary nebula with a spiral shape. Spiral planetary nebulae are thought to be caused by a bright central white dwarf star expelling a symmetric wobbling jet of rapidly moving gas. It takes light about 10,000 years to reach us from NGC 5307, and about 6 months just to go from one side to the other. In contrast, light takes only about 8 minutes to reach Earth from the Sun.