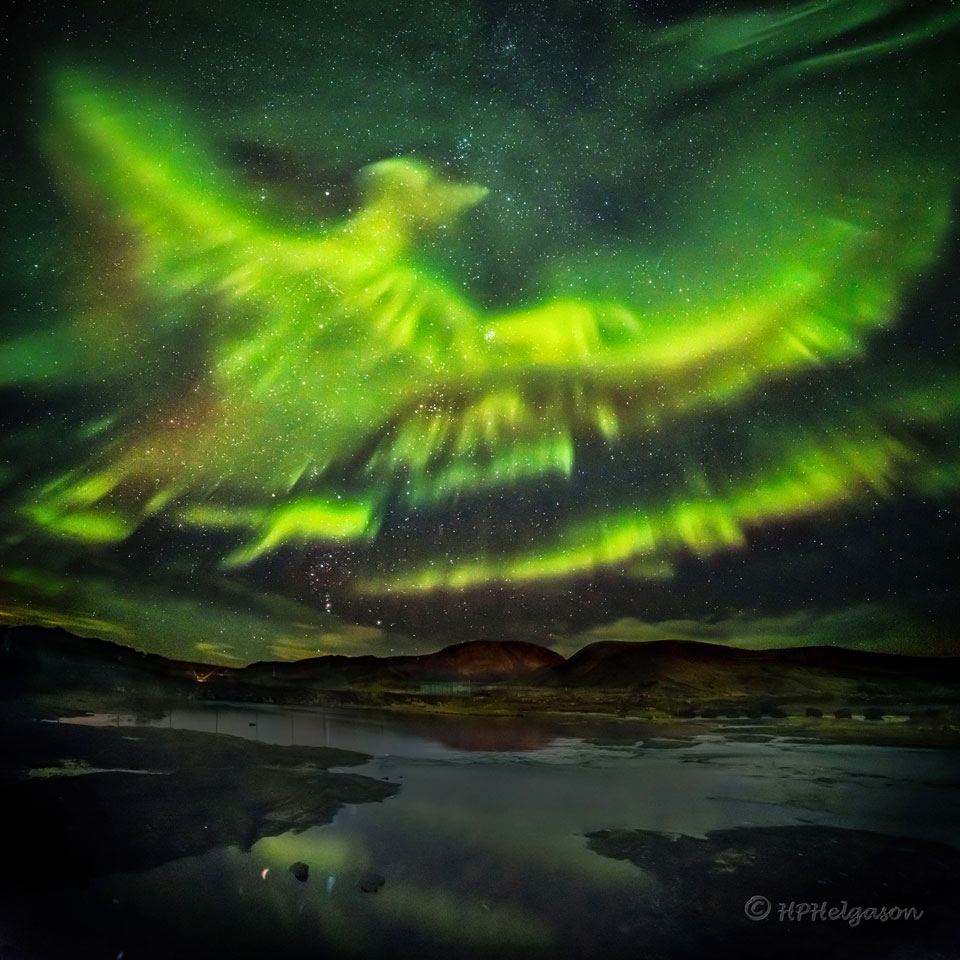 Explanation: All of the other aurora watchers had gone home. By 3:30 am in Iceland, on a quiet night last September, much of that night's auroras had died down. Suddenly though, a new burst of particles streamed down from space, lighting up the Earth's atmosphere once again. This time, unexpectedly, pareidoliacally, they created an amazing shape reminiscent of a giant phoenix. With camera equipment at the ready, two quick sky images were taken, followed immediately by a third of the land. The mountain in the background is Helgafell, while the small foreground river is called Kaldá, both located about 30 kilometers north of Iceland's capital Reykjavik. Seasoned skywatchers will note that just above the mountain, toward the left, is the constellation of Orion, while the Pleiades star cluster is also visible just above the frame center. The new aurora lasted only a minute and would be gone forever -- possibly dismissed as an embellished aberration -- were it not captured in the featured, digitally-composed, image mosaic.