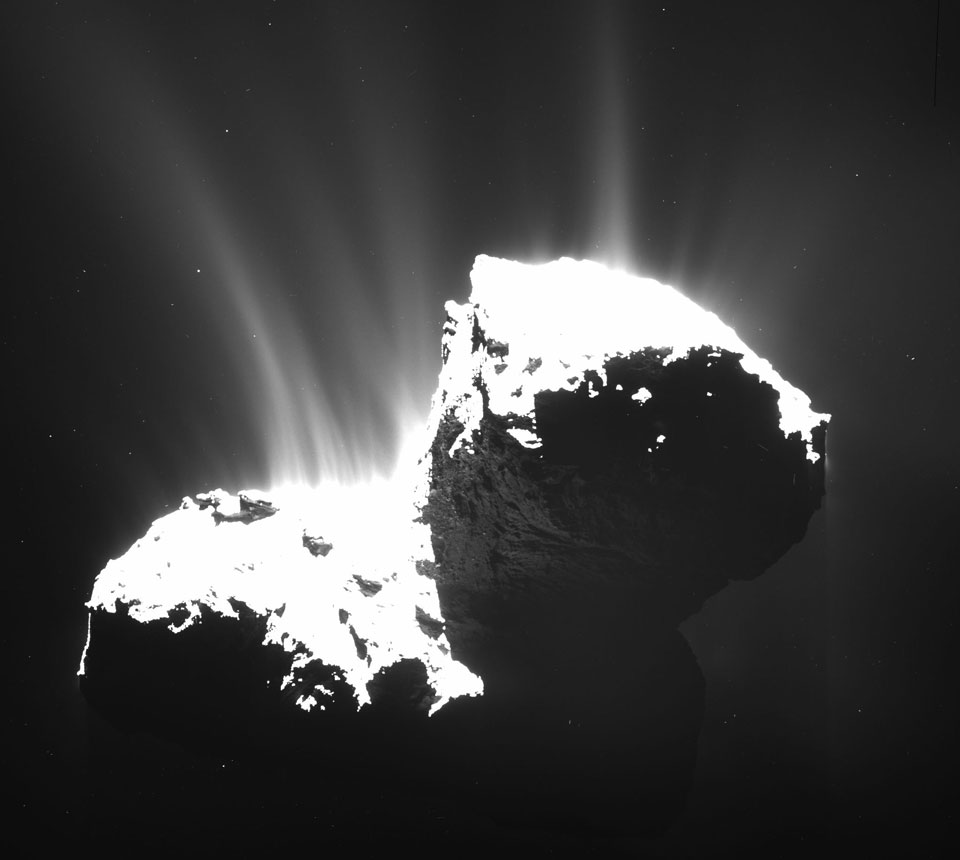 Explanation: Where do comet tails come from? Although it is common knowledge that comet tails and comas originate from comet nuclei, exactly how that happens is an active topic of research. One of the best images yet of emerging jets is shown in the featured image, taken last November by the robotic Rosetta spacecraft in orbit around the Comet 67P/Churyumov-Gerasimenko (Comet CG), and released last month. The overexposed picture shows plumes of gas and dust escaping numerous places from the Comet CG's nucleus as it nears the Sun and heats up. Although Comet CG is currently further out from the Sun than Mars, its orbit will take it almost as close as the Earth this coming August, at which time its jet activity is expected to increase by a factor of about 100. You've likely seen some debris from comet nuclei before but in another form -- when sand-sized bits end their journey through the Solar System by impacting the atmosphere of Earth as meteors.