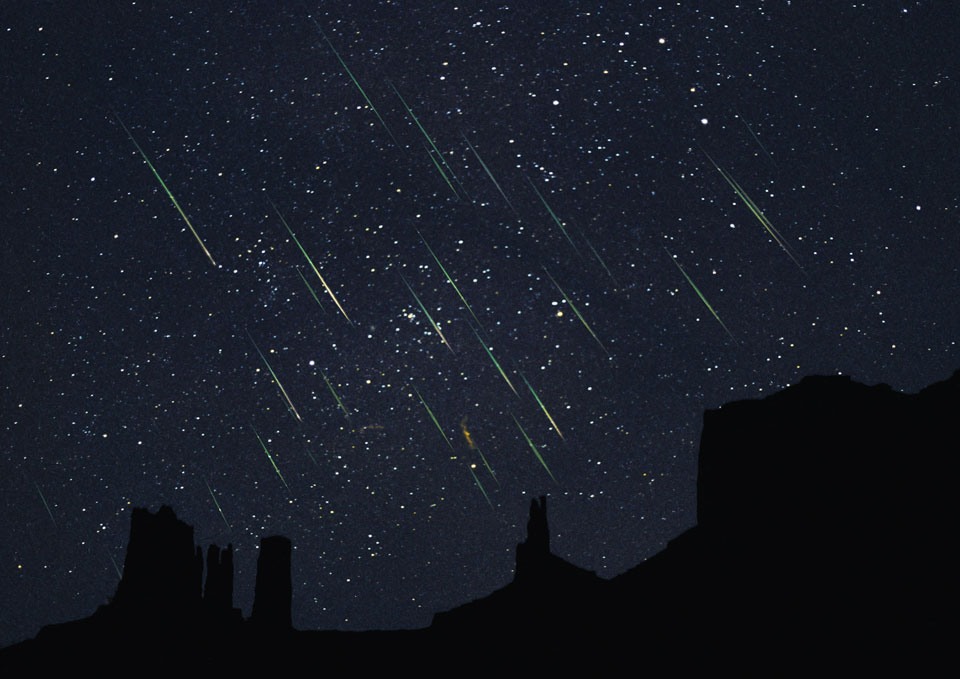 Explanation: What's happening in the sky over Monument Valley? A meteor shower. Over the past weekend the Leonid meteor shower has been peaking. The image -- actually a composite of six exposures of about 30 seconds each -- was taken in 2001, a year when there was a much more active Leonids shower. At that time, Earth was moving through a particularly dense swarm of sand-sized debris from Comet Tempel-Tuttle, so that meteor rates approached one visible streak per second. The meteors appear parallel because they all fall to Earth from the meteor shower radiant -- a point on the sky towards the constellation of the Lion (Leo). Although the predicted peak of this year's Leonid meteor shower is over, another peak may be visible early tomorrow morning. By the way -- how many meteors can you identify in the above image?