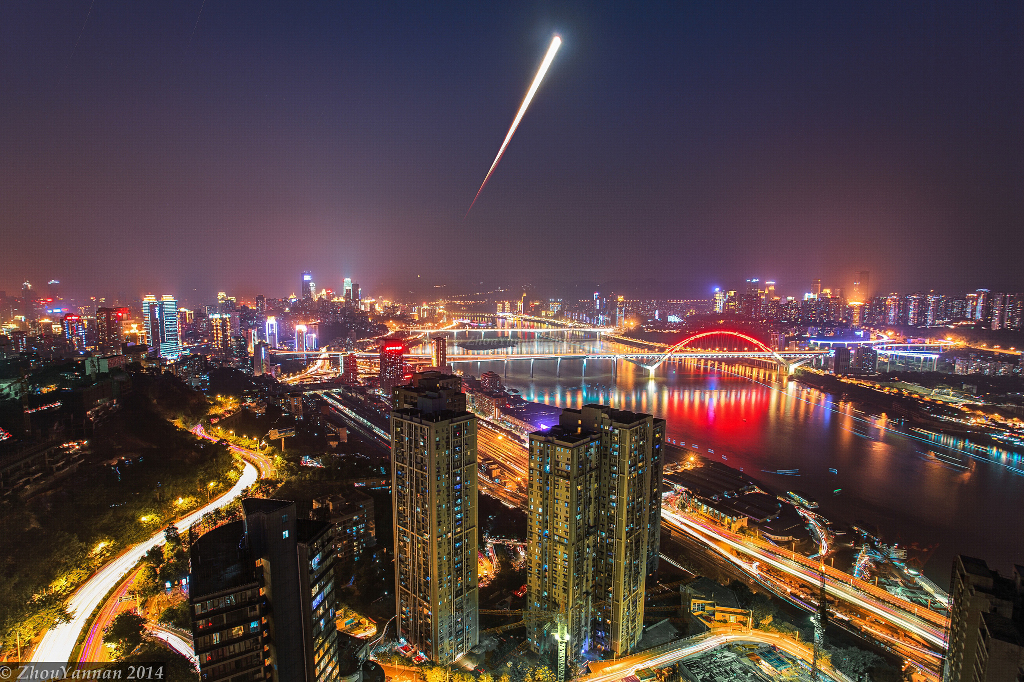 Explanation: As the Moon rose and the Sun set on October 8, a lunar eclipse was in progress seen from Chongqing, China. Trailing through this composite time exposure, the rising Moon began as a dark reddened disk in total eclipse near the eastern horizon. Steadily climbing above the populous city's colorful lights along the Yangtze River, the moontrail grows brighter and broader, until a bright Full Moon emerged from the Earth's shadow in evening skies. Although lunar eclipses are not always total ones, this eclipse, along with last April's lunar eclipse, were the first two of four consecutive total lunar eclipses, a series known as a tetrad. The final two eclipses of this tetrad will occur in early April and late September 2015.