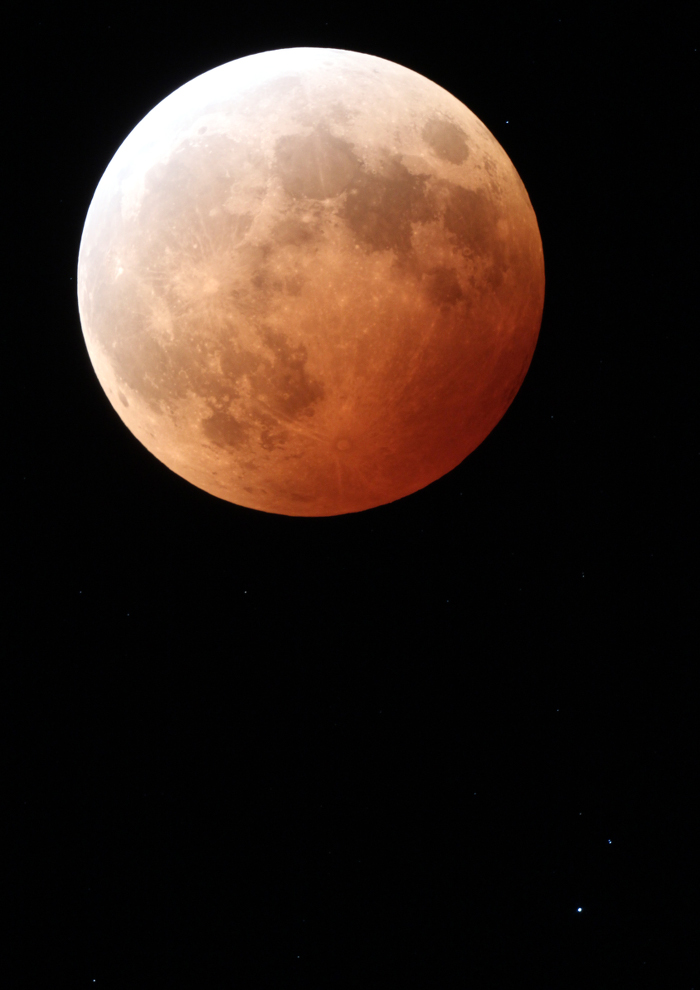 Explanation: From the early hours of October 8, over the Santa Cruz Mountains near Los Gatos, California, the totally eclipsed Moon shows a range of color across this well-exposed telescopic view of the lunar eclipse. Of course, a lunar eclipse can only occur when the Moon is opposite the Sun in Earth's sky and gliding through the planet's shadow. But also near opposition during this eclipse, and remarkably only half a degree or so from the lunar limb, distant Uranus is faint but easy to spot at the lower right. Fainter still are the ice giant's moons. To find them, slide your cursor over the image (or just follow this link) to check out a longer exposure. While even the darkened surface of our eclipsed Moon will be strongly overexposed, Uranus moons Titania, Oberon, and Umbriel can just be distinguished as faint pinpricks of light.