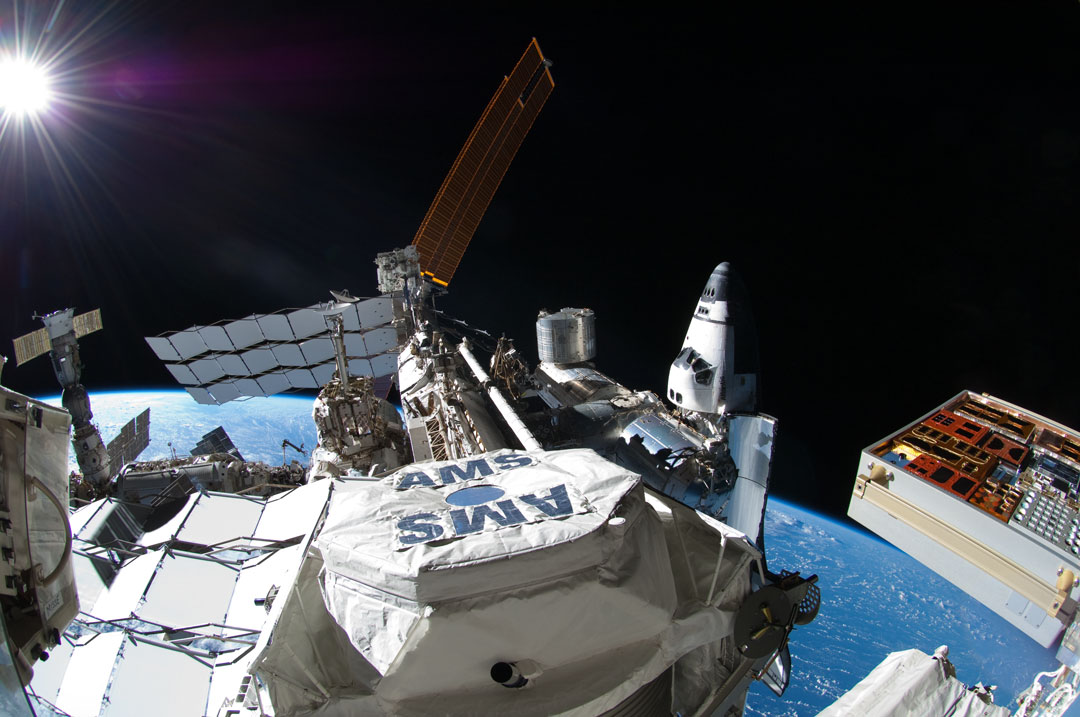 Explanation: Where did all these high energy positrons come from? The Alpha Magnetic Spectrometer (AMS-02) onboard the International Space Station (ISS) has been meticulously recording how often it is struck by both high energy electrons and positrons since 2011. After accumulating years of data, it has now become clear that there are significantly more positrons than expected at the highest energies detected. The excess may have a very exciting and profound origin -- the annihilation of distant but previously undetected dark matter particles. However, it is also possible that astronomical sources such as pulsars are creating the unexplained discrepancy. The topic remains a very active area of research. Pictured here, the AMS is visible on the ISS just after being installed, with a US Space Shuttle docked on the far right, a Russian Soyuz capsule docked on the far left, and the blue Earth that houses all nations visible across the background.